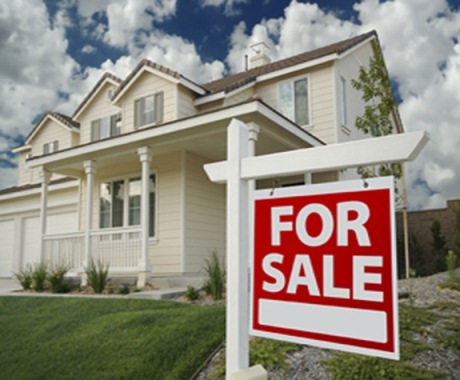 Has The Housing Market Hit Its Bottom?

We have recently come across the following article which was written by Morgan Brennan of Forbes business news and financial information. It makes interesting reading, especially her comments on the Orlando and Miami markets.

Has the U.S. housing market hit a bottom? Do we have further to go? When will a recovery start? These are the questions every homeowner and real estate investor are currently asking themselves — or should be.

Wall Street firms have optimistically been betting that the bottom’s here. Research firms like Zelman & Associates predict the sector will pick up this year and hedge funds have been jumping into real estate-related investments from brick and mortar building purchases to shares of home builders stocks. In December Goldman Sachs Group released a report stating that “The home price bottom [is] in sight,” according to my colleague Agustino Fontevecchia.

Indeed national home price data indicates that the worst of the catastrophic home price implosion is behind us. Clear Capital, a Truckee, Calif.-based real estate research firm, reports that 2011 saw a national decrease of 2.1% in home prices when compared to 2010. While still a loss, it’s measly drop compared to the double-digit plunges felt in the years before. For 2012, the firm’s Home Data Index (HDI) Market Report also predicts a humble 0.2% gain across all markets. “Overall, 2011 was a relatively quiet year for U.S. home prices compared to the last five years,” said Dr. Alex Villacorta, Clear Capital’s director of research and analytics, in the report. He further notes that “the current balance the market has found will continue through 2012.”

What does all of this mean? Housing from a national standpoint is flattening out; the macro level data suggests we could possibly be at the bottom or near to it.

A Tuesday report from Zillow, a publicly-listed Seattle, Wash.-based real estate data and listing site, shows that November home values “remained essentially flat” from October of 2011 through November, falling only 0.1%. The Zillow Real Estate Market Report, which analyzes home values in 165 metro areas, notes that the addition of 200,000 jobs in December, improving consumer confidence and stronger retail sales indicate that home sales may be more consistent and more frequent in 2012. “With stronger home sales, we’ll see a reduction in the amount of vacant housing inventory and an improved ability to absorb foreclosed homes. This increased demand will eventually start to put a floor under home values later this year,” the report says.

It sounds rather promising, doesn’t it? For Wall Street firms snapping up stocks and/or using the market as an indicator for economic activity, it is. For homeowners, however, a different story prevails.

Clear Capital warns that the relatively flat national average is comprised of metro markets that have been anything but: “Individual markets reacting to their local economic conditions continued to exhibit a wide range of performance levels in 2011, with only 12 of the top 50 metro markets (24%), returning year-over-year price movement that can be considered stable,” the HDI report cautions. ‘Stable price movement’ means price swings of less than 2.5%. The company believes only 40% of the country’s largest metro areas will be stable in 2012. Among them: Denver, Colo., San Jose, Calif., Boston, Mass., Oklahoma City, Okla., and San Francisco, Calif.

As for the areas where prices may actually appreciate the most this year, the firm expects Orlando, Fla. home prices to rise 11.7%, hard-hit Bakersfield, Calif. 11.1%, government jobs-driven Washington, D.C. 9.3%, foreclosure-riddled Phoenix, Ariz. 8.9%, and sales-heavy Miami, Fla. 8.8%.

Zillow’s November data shows price fluctuations from metro area to metro area, as well. It clocks 66 markets where home values depreciated in November, 66 markets where values rose and 33 where values simply remained flat. Zillow’s economists caution that elevated foreclosure rates and negative equity will continue to impact local markets in 2012, meaning still lower values yet-to-come in some markets. For that reason, the company doesn’t expect a true stabilization in home values to occur until the end of this year or early 2013.

I think they are right. Even if the worst of the price depreciation hemorrhage is over, we still face a wave of distressed inventory undergoing the tedious foreclosure process and an estimated shadow inventory of 1.6 million bank-owned or distressed homes that have not yet hit the sale block, according to CoreLogic. It will mean millions of discounted units flooding markets already saturated with more units than buyers, dragging overall home prices down in terms of both listing prices and property appraisals.

So whether a bottom in housing is here or not depends on the local market. Most foreclosure-riddled markets will likely have years to go before values meaningfully move upwards. Markets where employment is plodding back and/or where overbuilding didn’t occur in the mid-2000s will and are showing more promising, more stable prices. ”It will be very important for consumers to draw a distinction between the end of sustained home values declines, which are maybe a year away, and the return to normal market conditions with historically normal appreciation rates,” Zillow notes.