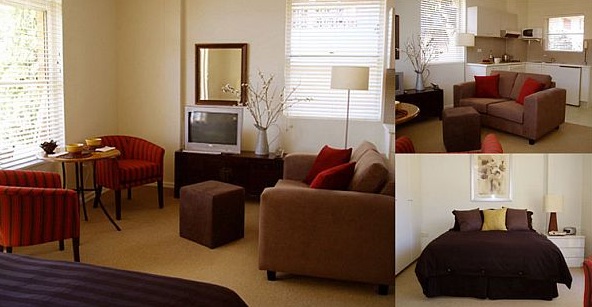 If the mantra of ‘Location, location, location’ espoused by many estate agents is to be believed, you should place greater emphasis on where the property is located than the actual property itself. While this approach is too simplistic to be adopted without qualification, there is certainly some truth in it. Buying the best location you can afford is usually better than buying the best property in a poorer location.

In 1994, when we first began offering UK property to Hong Kong investors, many of the people we spoke to would only buy two bedroom apartments in central London. London was relatively affordable and there was no need to look elsewhere. One bedroom units, even in London, were frowned upon as investments, primarily because in Hong Kong few people wanted to live in them. Although we pointed out that it is the demand for the product in the UK that counts, not the demand in Hong Kong, it was fair to say that demand for studio and one bedroom units was not as great as demand for two bedroom units.

Bring the clock forward twenty years and the position has changed considerably. The trend towards people living on their own has been growing for some time. Britain has become a lonelier place to live over the last 40 years with the number of people living alone almost doubling from nine per cent in 1973 to sixteen per cent by 2011. Of the 26.m existing households, 7.7m of them are occupied by one person.

The result of ever increasing property values in London means that it is now one of the most expensive places in the world to buy property. Numerous people who would like to live in zones 1-3 on the underground system can no longer afford to do so and a large number of investors have been frozen out of the market. These people simply cannot afford the standard two bedroom unit that has been the staple of the investment market for many years. This has resulted in smaller units becoming much more acceptable to both UK based buyers and overseas investors.

Tenants are in a similar position. They want to live in an area that suits them and if that means not using a spare bedroom as a storeroom, then so be it. They would prefer to rent a smaller unit than pay the extra rent or move to a less favourable location. With rent levels so high, empty rooms are increasingly regarded as needless and extravagant The good news for investors is that in many locations, both purchase and rental demand for studios and one bedroom units is as strong as two bedroom units.

The demand for smaller units is not restricted to one bedroom apartments. Studio units of at least 20 sq mtrs are now in demand from tenants and owners. Many single people and young couples, especially professionals, want a city centre residence and a large self contained studio unit is perfectly acceptable. This applies whether they are buying or renting. Naturally, you shouldn’t buy a studio unit in a sprawling suburban area where there is an abundance of larger, affordable accommodation. In a busy city centre there are strong grounds for buying one. It is an investment and we are not going to live in it ourselves. We simply want to rent the property we buy to the best tenant we can find, for the highest rent and then sell it easily for the highest figure we can achieve. A studio unit in say central London will mean a quality tenant and should show better capital growth (as you would expect from London) over the medium to long term than a house in the midlands.

So why don’t more overseas investors buy smaller units? There are a number of reasons:
1. Lack of knowledge of the demand for this type of accommodation.
2. Lack of availability – most developments offered to Asian based investors include a majority of two bedroom apartments
3. A desire to buy something they would want to live in themselves

Of course, the above means that many investors don’t buy in the UK. Prices are now so high they can’t afford to buy anything that meets their requirements. This does not have to be the case. The following shows what can be bought for far less than a typical central London two bedroom apartment and yet will still be a great investment in a great location:

PrevPreviousStudent accommodation funds, liquidity and the benefits of direct ownership
NextDo you want high income or high capital growth from your property investment?Next