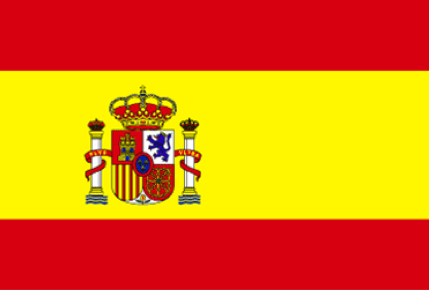 Spanish property market – is now the time to invest there?

We are often asked whether now is the time to buy an investment property in Spain. The answer is not as straight-forward as many people think. Some astute investors, including large institutions, are looking at investing there and are driven by distressed prices, an attractive rental yield and a weak currency. One essential ingredient to make it a great property investment is missing though – rising house prices and therein lies the dilemma facing the investor.

The economic situation is certainly not good at the moment. The economy is expected to contract by over 1% in 2013. Unemployment is rife, with youth unemployment at over 55% and there are ongoing talks with the EU over how to reduce the country’s budget deficit, which is likely to cause further pain for the market there.

The Spanish residential property market has seen prices fall by up to 40% since 2008. It is estimated that 500,000 home owners are in a negative equity situation and the government has had to pass laws to prevent banks repossessing homes and evicting families. However, the government is less inclined to help developers and banks who are sat on a large number of unsold homes. Both are being forced to sell at distressed prices, sometimes at up to 70% below their 2008 peak. This is not going to solve the problem overnight though. The international credit rating agency Fitch estimates there are more than 1m unsold homes in Spain, including hundreds of thousands of newly-built properties.

New construction has also been affected. In 2006 over 750,000 new homes were built. In the last two years it has been less than 100,000 per year. There is no point in building new homes if there is no demand and too many houses are already available. Developers didn’t grasp this point when they were building homes in expectation of future demand. A dangerous strategy that has now come to haunt them.

Unfortunately, house prices are showing no signs of recovery. They fell by 11% in 2012 and are expected by fall by around 10% this year. The good news is that some people expect the market to stabilise next year as the steps taken to assist the economy and re-structure the banking sector begin to take effect. Having said that, it is difficult to see when prices will actually start rising again.

One point supporting the argument now is the time to invest there is the relative weakness of the Euro. If the Euro strengthens over the next three to five years as the economy there improves, which many people expect it to, then the currency gain could be attractive.

If you do buy a property, there are fewer lenders who will finance overseas buyers in Spain. If you can find one, the maximum LTV is likely to be 60pc with interest rates starting at 4.5pc.

Some good news is that you will find the rental market is sound in the major cities and residential areas, but less so in some of the over-developed resort areas. Gross rental yields of around 4% p.a. should be achievable and of course, if you buy at a distressed price your return may be substantially higher than this.

For those seeking somewhere to live, the Spanish government is about to offer permanent residency to people who invest at least 500,000 Euros in the property sector. The program has been discussed for some time and it was originally muted that the figure would be 160,000 Euros. The sum appears to have gone up, but final details will not be available for several more months.

In summary, Spain may be viewed as speculative, opportunist market where some investors will make a great deal of money and some will sit on a non-performing asset for quite some time. However, if you buy the right property in the right location for the right price there isn’t much downside. This is especially the case if you are enjoying an attractive rental yield and an appreciating currency – both of which may be applicable in the case of Spain.