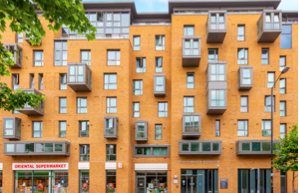 Student accommodation funds, liquidity and the benefits of direct ownership

Many investors have entered the student accommodation sector through managed funds. Some of the funds have performed well, others such as Mansion and Brandeaux have experienced serious liquidity problems. Nevertheless, the underlying assets, i.e. the student accommodation units, have preformed well with most operators experiencing 99% occupancy rates and healthy investment returns.

When investors want to withdraw from a managed fund they expect to be able to do so and to receive their funds promptly. To facilitate this the funds typically keep up 10% of its net assets in cash. The managers argue that if more than this was kept then this would affect the fund’s investment return since cash does not generate anywhere near the return that student accommodation provides. In a normal market you would expect to see subscriptions being higher than redemptions resulting in the fund growing in size. The problem arises when there are more redemptions and the cash held (i.e. the 10%) is depleted. The manager is then forced to sell some of its assets, which brings with it a number of issues that have to be faced.

The funds typically own blocks of 200 units plus. They are extremely reluctant to sell a portion of these as the block would then lose its appeal to institutions etc who want to manage a whole block and not have to deal with individual unit owners. Some of the funds have complained that there are too few buyers for the blocks, but this has been disputed by a number of parties. There is strong demand from overseas institutions, with the flow of money from international investors, the majority of which has been from North America, passing the £1bn mark in 2013 for the second consecutive year, up from just over £275m in 2011. New funds are entering the market, including the Curlew Student Trust, which aims to raise £250m. The BlackRock UK Property Fund spent £50m and Standard Life spent £81m acquiring blocks in 2013. So much for there not being buyers for the blocks. There is always a buyer for a property, the only issue is the price that has to be paid.

Of course, once word gets out that a fund has a liquidity problem, other funds and institutions want to buy at a discount. If the block is sold at a reduced price the fund’s performance may be affected, which may cause more investors to withdraw, which will require more blocks to be sold and the problem goes on. Irrespective of this, more investors hear of the problem and start to redeem their money which create more liquidity problems.

We are not criticising funds, apart from the fee structure contained in the fine print, which is often far too high. We are simply pointing out that funds have the potential to suffer from liquidity problems, with all the adherent issues associated with that.

For buyers of individual units, the issue of liquidity does not directly affect the value of their investment in the same way it affects a fund. A fund with liquidity problems quickly becomes common knowledge, whereas the real reason why an individual buyer is selling a property is rarely known. The seller simply lists it for sale at a price and there is no expectation from a buyer that the seller is a distressed vendor.

It is true that property is generally less liquid than funds. However, if the fund is experiencing the above problem then from an investors point of view there is far less liquidity than if the investor directly owned the property. He or she is locked in and dependent on the manager to return their funds. At least with direct ownership there is always a buyer at the right price. The secondary market for student units is rapidly developing and going forward the sector will offer satisfactory liquidity and attractive returns.