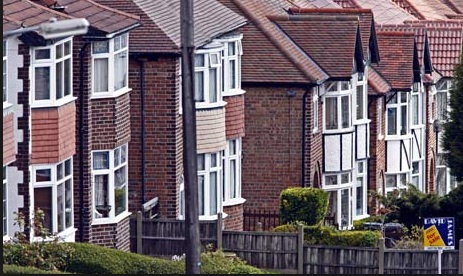 UK prices forecasted to rise, a shortage of homes and yes, you can invest outside London

The bears are certainly in retreat when it comes to the UK residential sector. Bullish reports from analysts and commentators now seem to be the norm, a different picture to the last couple of years. One such report has just been released by the Centre for Economics and Business Research. It advises that the average price of a home in Britain will jump by a quarter in five years, from a national average of £225,000 this year to £278,000. In London prices will rise even higher, from £395,000 today to £566,000 in 2018. As well as the capital, the regions will also benefit, with a predicted rise in the East of 27 per cent to an average of £311,000 and a jump of £20,000 in the North East to an average price of £160,000.

The favourable news is not just limited to house prices, mortgages are becoming more available, with the number of loans handed out to buy a home, rather than just to remortgage an existing loan, rocketing according to the Bank of England. In August, 62,226 house purchase loans were handed out, the largest number since February 2008 and a 30 per cent increase on August last year.

However, house prices rising over the medium is not good news for everyone. Many people are warning that a generation of young people are being frozen off the property ladder by the crippling cost of homeownership at a time when the average full-time salary is £26,500. Many people believe the answer lies in building more homes, but this clearly not happening. The Joseph Rowntree Foundation (JRF) advises that there will be a shortage of more than one million homes by 2022. According to JRF the impending housing crisis will hit hardest in London and the South. Although these regions contribute 70 per cent of the rising demand for new homes, only 50 per cent of new homes are currently being built there. Lord Best, Director of the Joseph Rowntree Foundation said: “We estimate that the difference between housing demand and supply will have widened into a yawning gap of 1.1 million homes in England alone by 2022: most of it in London and the South East. This genuinely shocking statistic shows why the time has come for policy makers to recognise that a plentiful supply of new and affordable homes is of the greatest importance the nation’s future health and prosperity.”

Demand for extra homes in England is now estimated at around 210,000 properties a year, compared with average output from housebuilders and social housing providers of 154,000 extra homes a year over the past five years. The accumulating gap between demand and output points to a shortfall of 1.1 million homes in 20 years’ time. Although all regions are expected to see growth in the number of households, JRF notes that the greatest pressure will continue to be felt in southern England. Lord Best said: “In our view, housing shortages are set to become one of the most significant social issues of the next 20 years. Unless we act now, shortages will lead to overcrowding and homelessness. But they will also have knock-on effects for the whole of society, driving up house prices in areas of high demand, inhibiting economic growth and making it harder for good quality public services to be delivered.” We have heard this argument for many years and whilst successive governments have acknowledged the problem, they are unable or unwilling to address the problem. With restrictive planning guidelines in place etc, the situation is only getting to get worse.

What does this mean for the overseas investor? The obvious answer is that they should buy property in the UK. The basic law of supply and demand means that with a limited supply and growing demand prices are bound to rise. Unfortunately, whilst a lot of people will agree they should buy property in the UK, many of them can’t buy in their preferred location of London. The cost of buying even a one bedroom apartment there is prohibitive and so they stay on the sidelines and don’t invest. Historically, buying in London has been a sound strategy and there is no reason to believe this will change. However, London does not have the sole rights to good property investment locations and other markets in the UK can be considered. It is all about the four ‘rights’ – The right property in the right location for the right price and at the right time. Rental demand in the more popular southern England locations is strong and if you follow the four ‘rights’ and have the property managed properly there should be attractive tax- free returns over the medium term.